skip to main | skip to sidebar

These pages may contain works created by Mark A. Fionda Jr.

Hey guys, sorry for the lack of updates on this platform, but I've been mostly updating these days on my tumblr page here: http://fondlepunch.tumblr.com/
(I apologize to anyone recently who has received my business card directing them to come here)

So update those bookmarks!
Posted by Fondle at 1:03 PM No comments: 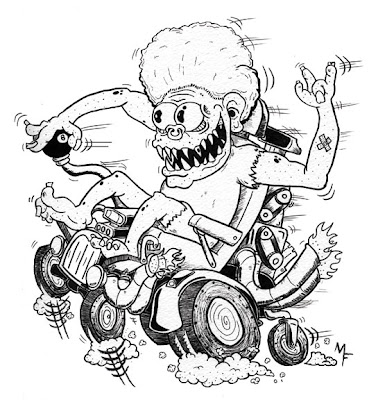 This was a line drawing I did for a client well over a year ago.
I was tasked with creating something awesome that would eventually end up air brushed onto the side of a van converted into a hot rod.
Posted by Fondle at 8:11 PM No comments:

My name is Horace 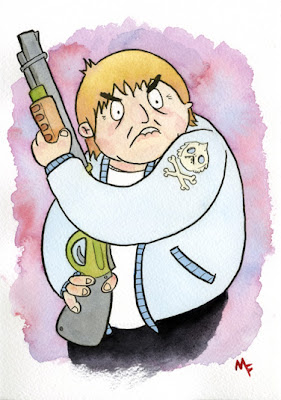 My name is Horace!
Ink & Watercolor

Because who doesn't like Monster Squad?
Posted by Fondle at 8:50 PM No comments: 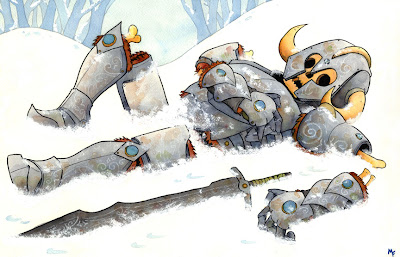 Basically, a better version of this. Been dying to revisit that for quite some time.
Posted by Fondle at 9:30 PM No comments: 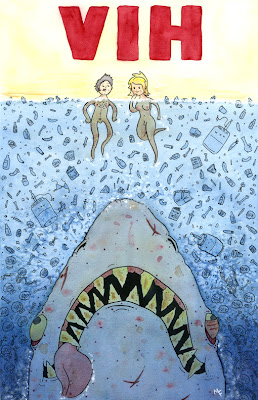 "VIH"
(Before you correct me, this is the right way in Spanish to write 'HIV')

Below you can see my extremely alternative piece, which I don' think it would of flown well. But I made it regardless. 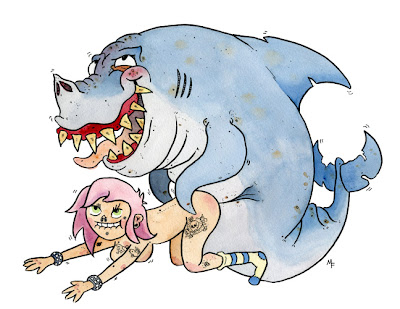 el Feugo vs The Huntress

So I haven't been dead for the first two months. A lot is changing. Big things.

I quit my job recently and I'm moving to Burbank California at the end of the month, and trying to peruse a job in the animation industry through some connections. Crazy I know, but at 25, I'd rather try now and fail, then have regrets for never trying at all.

But enough about that, I was recently invited to partake in a charity show for the lovely ladies at Angel City Derby Girls in Los Angeles.
The theme for the show this year was "Turn of the Century 1900's Traveling Carnival." I went with the "there are crazy things in this world we don't know of yet like undiscovered savage jungle tribes and even more horrific King Kong type creatures out there" theme.

And with it, I decided to give the piece some dimension. Trying new things out. 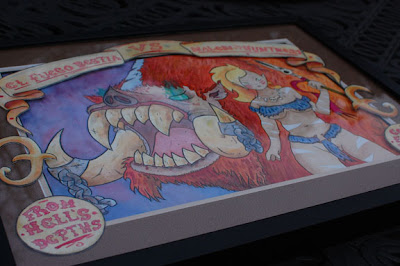 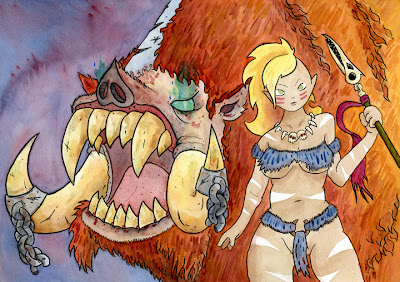 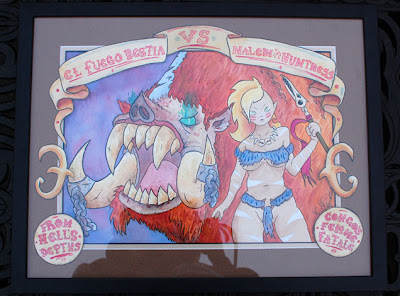 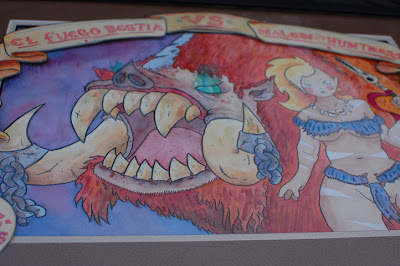 I started a tumblr recently, you should follow it!

I was hoping to have it share the same name as this blogger, but dude who loves My Little Pony took it first. What a world!
Posted by Fondle at 12:32 AM No comments:

Fondle
I'm an Illustration Graduate from the University of the Arts, Philadelphia, and all I wanted to do since I was little was make cartoons of all sorts.

Apparently I know these people. I have no idea.